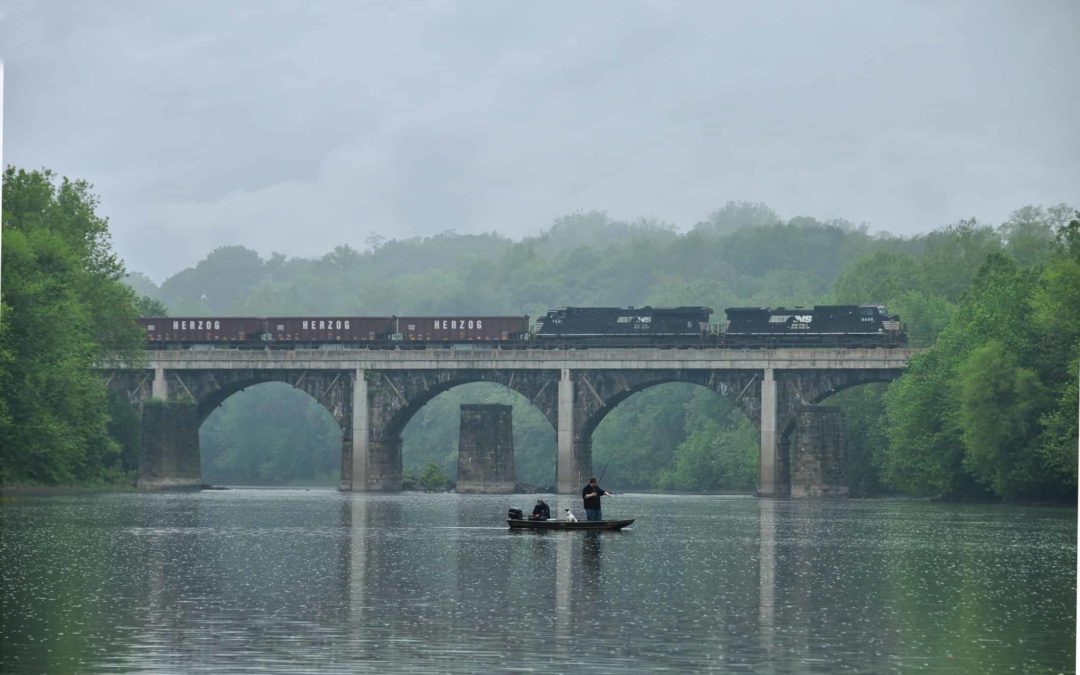 August is here and that means a couple things: kids enjoying the last days of summer and Congress in recess. In light of the latter, thought I’d take a moment to give you a few updates focused on infrastructure and rail.

Railroads commend EPW for leadership: In a statement, the Association of American Railroads lauded the lawmakers for the bill’s draft language, including measures to streamline project permitting and continued support for the Section 130 program to improve highway-rail grade crossing safety.

Funding is the flaw: While the EPW Committee’s bipartisan bill is moving forward, the Senate Finance committee must now find a way to pay for it. As a reminder, the Highway Trust Fund has long struggled to keep pace with infrastructure costs as the gas tax covers less and less, and Congress has used $143 billion+ of general taxpayer funds for road and bridge repairs since 2008.

An alternative model: The bill would also authorize pilot projects to test user-based alternatives to the gas tax, for example a vehicle miles traveled fee system. This idea has gained traction on both sides of the aisle, particularly for commercial vehicles like heavy trucks that typically underpay their share of roadway costs. From the perspective of freight railroads, which pay for their own infrastructure with little help from taxpayers, it’s important “to ensure that any final legislation is supported by real user fees.”

Speaking of heavy trucks: You’re probably aware that just one train can take hundreds of trucks off the road, but did you know that freight rail takes 2.8 million trucks off of New Jersey’s roads annually? Good news for drivers and the taxpayers who pay for bridge and roadway upkeep.

Getting better all the time: While basic physics means that trains—steel wheels on steel rail—are the most efficient way to move freight over land, rail companies aren’t resting on their laurels. Advanced technologies, from predictive maintenance and smart sensors to super-computer locomotives and fuel management systems, have helped make it so that rail shippers today can move about twice the freight for the same price they paid over three decades ago. Tech implementation and massive spending on the rail network has also correlated with steady safety gains.

Keep the innovation train going: On May 23, the U.S. Federal Railroad Administration (FRA) announced the withdrawal of its proposed rule requiring two employees in the cab of a locomotive. The agency not only concluded that regulating train staffing isn’t necessary for safe operations, it also noted such mandates could “impede the future of rail innovation.” In a recent op-ed for The Hill, AAR President Ian Jefferies writes that rigid policies like the crew size rule, “would have a deleterious effect across the railroad industry by putting it at a distinct disadvantage relative its competitors, such as the trucking industry, which is working toward autonomous and platooning truck fleets.”

PTC is over 90% there: As of July 1, positive train control (PTC) is in operation on the majority — 91% — of required Class I PTC route-miles network wide, with Class I railroads planning to be fully implemented on their networks by end-2020. Read or watch more about PTC and how this system of advanced technologies is designed to automatically stop a train before certain accidents occur.

To USMCA or not to USMCA, that is the question: It can be difficult to keep up with America’s changing trade landscape. We put together a road map on the U.S.-Mexico-Canada Agreement (USMCA)—from NAFTA’s accomplishments to the new deal’s ratification process. Here’s a fact sheet https://ustr.gov/sites/default/files/files/Press/fs/USMCA/USMCA-New Jersey.pdf on what the agreement means for New Jersey. (Hint: USMCA will provide the essential certainty that New Jersey businesses like railroads rely on).

Rebuild, renew: You probably know by now how much freight railroads spend to keep their nationwide network humming (BILLIONS, annually), but it’s rare to get an up-close look at where those dollars go and the sheer scale of rail operations. Following unprecedented spring flooding in the Midwest and Central Plains, BNSF, Union Pacific and other railroads undertook massive efforts to restore service. Watch and read more here.

Make the most of recess: Do you have plans to connect with policymakers back in the district this August? We have some resources for you. This video takes a look at relationship building and provides strategies to get “quality time” with decision-makers at home. This video focuses on creating effective stories to share with lawmakers, including the seven key elements of public policy advocacy storytelling.

Looking ahead to Rail Safety Week: U.S. Rail Safety Week will be observed by Operation Lifesaver, the U.S. Department of Transportation and other safety and law enforcement groups this year from September 22-28. This is a week to #StopTrackTragedies by building rail crossing awareness and highlighting tips for staying safe around the tracks. You can find data on New Jersey grade crossing accidents here—and be on the lookout for ways to participate in September.

Thank you, as always, for your attention on the issues we care about in infrastructure and freight railroading. Please let me know if I can be of any service to you, or answer any questions on the topics above.

Wishing you a happy August…