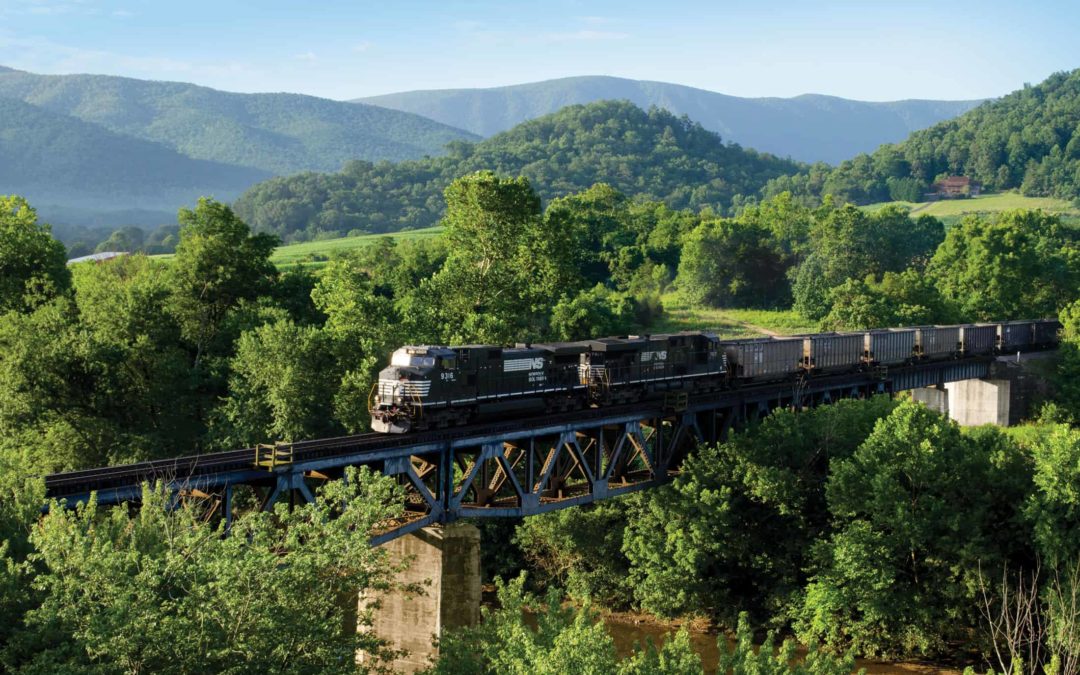 The New Jersey Railroad Association distributed our press release to the Governor’s office, the Department of Environmental Protection, Department of Transportation, The NY/NJ Port Authority, all 120 state legislators, the congressional delegation and targeted press from around the state.

We received a lot of positive feedback from legislators and their staff, the Governor’s office and key individuals from the various departments. We are working with the press that follows our industry to write and article about the association and what we will be doing going forward.

Now that the legislature has had some time off after a hectic Budget Season, we are started scheduling meetings with key legislators, the Governor’s office and the Department of Transportation to discuss the industry and the role of the association.

• Assemblyman Gordon Johnson (D-37) – Tuesday, August 27th at his District Office in Teaneck. The Assemblyman is the Chairman of the Assembly Commerce and Economic Development Committee.

• Assemblyman Daniel Benson (D-14) Friday, September 13th at his District Office in Hamilton Square. The Assemblyman is the Chairman of the Assembly Transportation and Independent Authorities Committee.

We also will be meeting with the many Chambers across the state, as well as the relevant business groups in Trenton. The purpose of these meetings is to introduce the association and to see how we can work together on common issues.

Some of those groups include:

The proposed goal of the move is to help local authorities prevent future flooding, and manage sources of runoff pollution. But opponents of the measure have long derided the effort as little more than a “rain tax.”

Stormwater utilities, which already exist in more than 40 states and the District of Columbia, are meant to manage the rain and snow from storms. Even minor rain events can wash trash and contaminants off of roads and paved surfaces and into the surrounding ecosystem. “The lack of regulation and management of storm water has caused extensive problems for New Jersey,” said Assemblyman John McKeon who is a primary sponsor of law.

If a town decides to create a stormwater utility, that utility would bill property owners based on the amount of impermeable surfaces like roofs and parking lots on their land. The goal of that fee system is to ensure that property owners are being charged proportionally based on their contribution to stormwater runoff. But it’s because of the potential for new utility fees that opponents of the new law, mostly Republicans, have labeled the measure a “rain tax.” The law allows the utilities to go after people who don’t pay and charge interest on unpaid fees, effectively constituting a tax lien—the same method used on delinquent property taxes.

The New Jersey Board of Public Utilities (BPU) and Governor Murphy released the draft Energy Master Plan (EMP), which provides an initial blueprint for the total conversion of New Jersey’s energy profile to 100 percent clean energy by 2050, as directed by Governor Murphy’s Executive Order 28. The plan defines clean energy as carbon-neutral electricity generation and maximum electrification of the transportation and building sectors to meet or exceed the Global Warming Response Act greenhouse emissions reductions of 80 percent relative to 2006 levels by 2050.

The EMP encompasses a dramatically broader scope than previous EMPs, and features a series of seven strategies that will guide the state to address the imminent threat of climate change and to reach Governor Murphy’s 100 percent clean energy goal. The strategies include:
Strategy 1: Reducing Energy Consumption and Emissions from the Transportation Sector, including encouraging electric vehicle adoption, electrifying transportation systems, and leveraging technology to reduce emissions and miles traveled.
Strategy 2: Accelerating Deployment of Renewable Energy and Distributed Energy Resources with a Focus on Historically Underserved Populations by developing offshore wind, community solar, a successor solar incentive program, energy storage, energy efficiency, smart inverters, and non-wires solutions. It also involves opening electric distribution companies’ circuits for distributed energy resources (DER) and developing low-cost loans or financing for DER.
Strategy 3: Maximizing Energy Efficiency and Conservation, and Reducing Peak Demand, including enacting 0.75 percent and 2 percent utility energy efficiency standards, expanding New Jersey’s Clean Energy Program, adopting new clean energy and energy efficiency financing mechanisms, and strengthening building and energy codes and appliance standards.
Strategy 4: Reducing Energy Use and Emissions from the Building Sector through decarbonization and electrification, the expansion of statewide net zero carbon homes incentive programs, and the development of EV Ready and Demand Response Ready building codes.
Strategy 5: Modernizing the Grid and Utility Infrastructure by encouraging utilities to establish Integrated Distribution Plans and adopting non-wires solutions, modifying the current ratemaking process and piloting alternative rate design, and instructing gas utilities to prioritize the replacement of pipelines leaking methane, among other tactics.
Strategy 6: Supporting Community Energy Planning and Action in Underserved Communities through incentivizing local, clean power generation, prioritizing clean transportation options in these communities, and supporting municipalities in establishing community energy plans.
Strategy 7: Expanding the Clean Energy Innovation Economy by leveraging both the economic and environmental opportunities that clean energy provides, and proposing conducting clean energy workforce needs assessment to expanding the Clean Energy Job Training program, to exploring a New Jersey Green Bank, to establishing a WIND Institute, a Carbon-Neutral New Technology Incubator, and a Clean Buildings Hub.
The BPU will host public meetings to collect feedback and comments from key stakeholders on the Draft EMP. Comments are due to BPU by September 16, and the meeting dates are as follows:
· July 17 – Trenton (State House)
· August 8 – Newark (Seton Hall)
· September 12 – Camden (Kroc Center)
We attended the fist meeting and plan to attend the additional meetings coming up, we will update you on any relevant information from these hearings.
State DOT announces $161M in grants for local infrastructure
The state Department of Transportation announced it is releasing $161.25 million in county aid grants to help improve local infrastructure throughout New Jersey.
The grants to all 21 counties in the state are funded through the New Jersey Transportation Fund, which is supported by a deal struck under Republican Gov. Chris Christie to boost the gas tax. At the time, the agreement between Christie and the Legislature paired a number of tax cuts with a 23-cent gas tax increase in what the governor called “tax fairness.”
County aid grants are appropriated each year for the improvement of public roads and bridges. The money is spread out based on population and road mileage in each county, and each county selects the projects that receive funding.
The grants range from $3.3 million for Cape May County to $13.6 million for Bergen County.
Link:
http://go.politicoemail.com/?qs=d3571f66f5e1ee39101245400d37959fd9669421f5d582057240278787dbc549607a8abddc8e01cfef672b092854f506
New Jersey Legislative Schedule
As of right now the Senate and the Assembly have not released a fall legislative schedule. The Assembly is in an election year, all 120 seats are up, so we don’t anticipate the assembly coming back until around the 2nd week in November.
The Senate will probably have a light schedule in the fall and have more of a regular schedule beginning the 2nd week in November.
Lame Duck session will begin when the legislature comes back full-time and will conclude around the 2nd week in January.
Site Visits
In the fall we would like to start scheduling site visits so our team can learn about each of our member’s facilities. We will be contacting you to schedule site visits.